Dogs are prone to get infected with different forms of worms as they are exposed to infections due to tapeworms, hookworms, roundworms, heart-worms are common. This infection is asymptomatic until the completion of the first six months since the date of disease. As the worms grow and mature into adults, the health of your dog is remarkably at stake that may take the very life of your dog. So early diagnosis and timely treatment of heart-worm disease in dogs is the most critical factor in saving the life of your pet.

What is Heart-worm Disease in Dogs?

Heart-worms are called as Dirofilariaimmitis. Being parasitic worms, not only dogs but also they do not even spare foxes, wolves, sea lions. Humans are also susceptible to this infection occasionally. It’s a vector-borne disease similar to filarial that is transmitted by mosquitoes. Dogs are the host wherein the parasites grow and mature including the completion of the reproductive cycle. The larvae of worms are equipped in the mosquito to turn infective as soon as it enters the host/dog. Mosquito is an excellent habitat for heart-worm larvae to develop into an infective agent.

Let us not carried away with the presumption that heart worms affect heart alone, but in fact, the lungs are also damaged by heart worm disease . The pulmonary blood vessels especially the arteries are more susceptible as the heart worms spend their best part of life over there. The adult heart worms may have a choice to live in the right side of the heart of the infected dog thus affecting the veins therein. 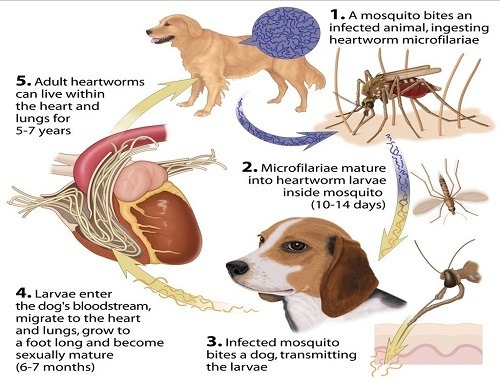 How do Heart worms Infect Dogs?

Heart worms are carried by mosquitoes through which they manage to enter dog’s physiology. When the larvae turn into adults, the offsprings are released into the bloodstream of dogs by the females called as microfilaria.  A mosquito bite on an infected dog is enough for this vector to get infested with those off-springs/microfilariae from the dog bitten by it. The microfilariae thus plagued turn to be an infective agent within a short period.

A valid point to remember is that microfilariae could not become infective unless they pass through the mosquito. A healthy dog gets infected with a bite of a mosquito as larvae transgress through the wound. Within 6-7 months of gaining entry into a dog’s bloodstream, the heartworm larvae develop into an adult.

When heart-worms attain maturity, mating and reproducing takes place in the dog wherein the female parasites release the off springs into the dog’s bloodstream, thus completing the life-cycle. When these off springs are picked up by a mosquito over a bite, then other dogs are prone to get infected by transmission.  Though not a contagious disease, heart worms are easily transmitted by a mosquito bite.

It’s not just the infection that would be sufficient to bring out symptoms, but it’s the number of worms that cause this problem and the pace of their multiplication within the host dogs which arouses the signs of disease. Proper food for allergy is best for one's dog.

The infection is reflected by the gradual in-activeness of dogs, a decrease in dog’s size and weight. Organ failure including heart, liver, lungs and kidneys and also the tissues around blood vessels is common when a dog is attacked by such virus.

In the acute stage, dogs are asymptomatic as they lead a healthy life. But when the dog is active or as the bacteria progresses or as the larvae grow and multiply in the host/dog, the signs of heartworm disease in dogs tend to start showing up.

The stages of infection as things get aggravated from the initial phase of disease are as follows:

The immediate onset of this disease where there is little or unnoticeable signs or even no signs. Occasionally mild cough by your dog is a tip of an iceberg prompting you to should visit your vet for a medical examination.

In this stage, mild to moderate signs and symptoms are apparent. As the worms increase in number, coughing and decreased physical activity by your dog is familiar.

A clear-cut symptom of the heart is seen in this stage. Frequent coughing, weight loss, physical inactivity and a dog lying idle most of the times as it gets fatigue even due to minimal exertion. Breathing difficulty and progressive heart failure are common. Increased worm burden may worsen the condition and chest-x-ray to examine the damages to heart and lungs may be required.

This stage is chronic, and the heart-worm infection is more severe in dogs. The blood vessels including vena cava are affected, and this is called as caval syndrome. Worm burden is such that blood vessels are blocked by these worms obstructing to flow of blood back to the heart. Surgical intervention is required to remove the worms mechanically. Caval syndrome proves fatal to most of the dogs. However, some dogs do not develop caval syndrome by chance.

Severe infection is associated with the symptoms like enlargement of the liver, damages to lungs and abnormal sounds over the chest during inhalation and exhalation. Poor circulation of blood due to blockage of blood vessels by worms leads to an ischemic brain that result in fainting and transient unconscious state of the host dog.

Further, the symptoms of chronic heartworm disease include abnormal heart sound and the accumulation of fluid in the abdominal cavity. If not attended, then it may lead to the death of the host dog.

Video of Heartworm Disease in Dogs

Diagnosis of Heart-worms in a Dog

This virus is diagnosed by various tests like antigen test, X-ray of chest, microfilaria concentration test. Antigen test promises accuracy as the antigen produced by matured female larvae reflects the heart-worm infection. But antigen test is not fit for early diagnosis at the larval stage.

Even when adult heart-worms are fewer in numbers or when there are male worms, they may misdirect the antigen test. The paltry sum of worms or worms at larval stage do not cause worm burden. So until the reproductive stage, there is not a worm burden, and hence the bacteria remains asymptomatic.

In micro filarial concentration test, microscopic view of blood sample readily reveals the presence of microfilariae. Even when the test is negative, the infection could not be ruled out as the peripheral blood does not contain microfilariae in about 11-25 percent of dogs. In other words, the dogs infected by this virus have a more latent period to have the parasite migrated to peripheral blood.

In chronic and severe cases, chest x-ray shows the damages to the lungs and the entire chest area. High worm burden blocks the pulmonary artery, and cardiomegaly or enlargement of ventricles in the heart is also seen in the chest x-ray.

The electrocardiogram-ECG easily shows the random wave graph due to arrhythmic heart beat and pulse as well as enlargement of the right ventricle.

However, early diagnosis by identifying even occasional cough decreased physical activity and fatigue due to the minimal exertion of your dog is better than the delayed diagnosis when the heart-worm burden has already reached its peak to cause detrimental effects.

Treatment: the objective is to eliminate microfilariae and adult worms. The block caused by heart-worm burden and organ-specific treatment remains the top priority to minimize the severity of symptoms.

Weeding out dead worms and administration of drugs without further complications or side-effects are factored in.

Your vet will opt for the right choice. Intravenous injection of the thiacetarsamide drug is effective. But jaundice, kidney failure, vomiting, diarrhea are its adverse effects, and this toxicity may even be fatal.

The thiacetarsamide drug is disadvantageous to a certain extent as it does not destroy the larvae or immature heart-worms unlike the adults as the former resists the medication. Kidney problem, heart, and liver diseases are contraindications to the administration of caparsolate as it may prove counterproductive. 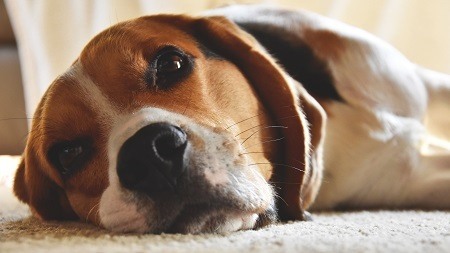 But the melarsomine or immiticide is highly effective in killing 90 percent of worms, and the added advantage of this drug is that side effects are minimal which is also administered to dogs already reported to be affected by liver, kidney or heart ailments. But supervision of vet is deserved to a greater extent.

Immiticide is usually administered via intramuscular injections, once a day for two days but the vet may decide the dose based on the severity of the infection.

Surgical intervention is inevitable in severe forms of infection. The vena cava syndrome is the result of acute disease and as such surgery may prevent the risk of chronic infection leading to kidney or liver failure. A surgical procedure may also prevent the thrombus to get disseminated into emboli and even the blockage of blood vessels other than thromboembolism such as worm burden.

Prognosis and follow-up of the treatment to ensure the extent of elimination of microfilariae is excellent. Even when the adults larvae have been killed the dog should have to be treated until the larvae are also eliminated. Microfilariae are treated with drugs like ivermectin which is used with minimal side effects.

To effectively fight this infection in your dog , you should zero in mosquito breeding control. Prevention of waterlogging or water stagnation and spray of insecticides over yards tends to protect your dog from heart-worm disease .

To clear the root, you may spray your yard and waterlogged areas in your vicinity with insecticides to kill the mosquitoes at once. Removing stagnant water and applying pills to prevent growth of this bacteria this are precautionary measures to escape from this disease. Periodical check-ups and caring symptoms like an occasional cough may be a wise step to arrest the infiltration and proliferation of heart-worms in the host/dog. So that such parasitic disease in dogs can be kept at bay.

The crux of the disease is that the increasing number of worms in a dog causes the burden of infection to get aggravated. Around 250 worms are enough to deter the physical activity of a dog, and it’s the severe stage of the disease. The severity of the problem depends on how long the virus persists in a dog’s body and how the dog’s physiology responds to it. In the initial stage, the symptoms are occasional coughing, physical inactivity, and fatigue even after mild physical exertion. 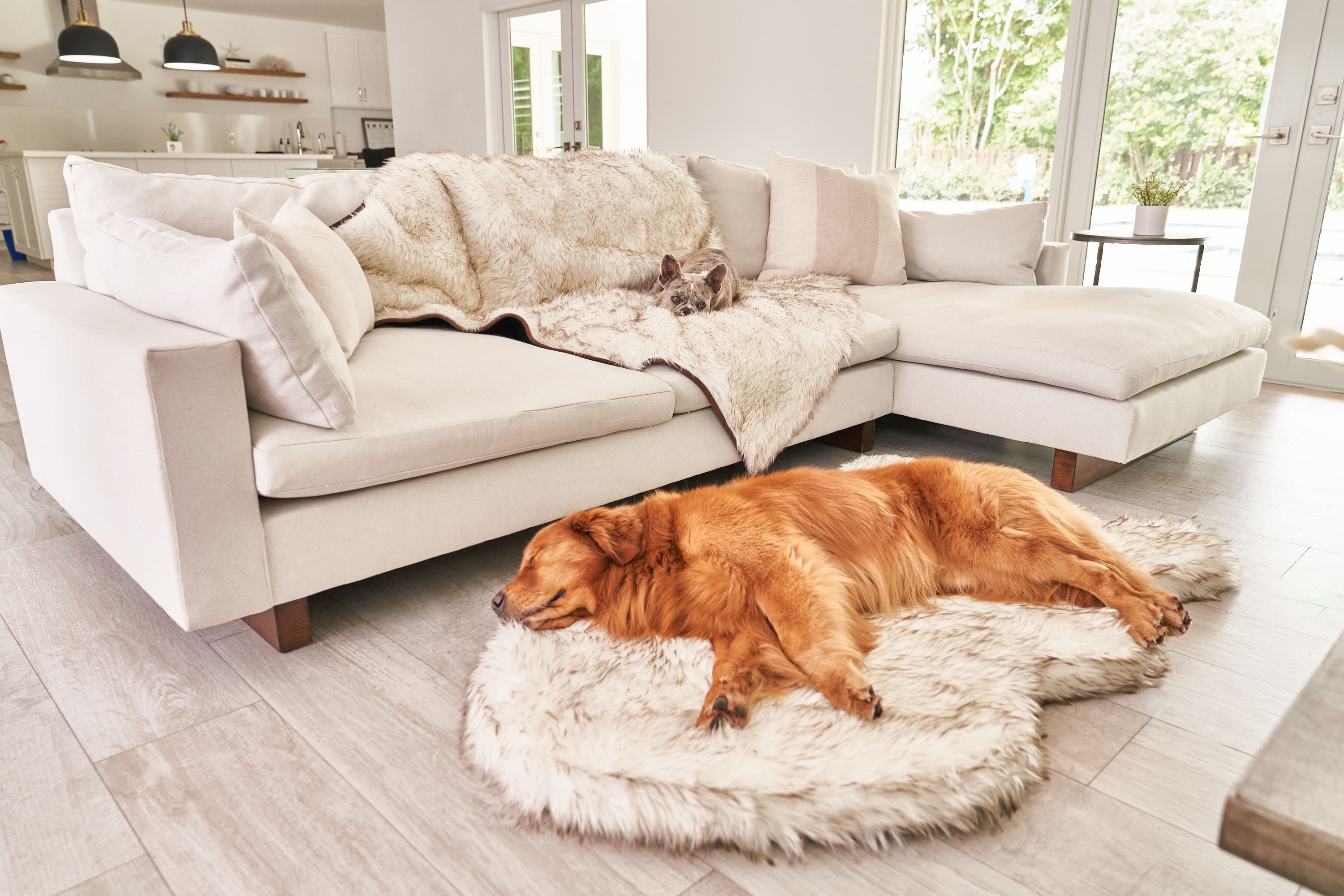 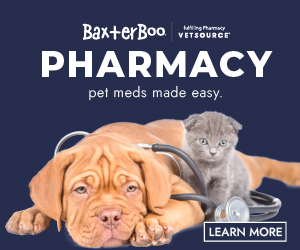 4 Tips on How to Take Care of a Vomiting Dog
5 Reasons Why You Should Get Your Dog A GPS Collar
The Best Recordable Talking Buttons for Your Dogs – Full Review
How Healthy Is Black Rice For Your Dog?
Dog Walking Benefits with a Dog Walker
Common Causes of Urinary Issues In Dogs
How to Treat a Dog Abscess at Home With Affectionate Care
Top Breeds For Service Dogs
There are Certain Things You Need to Know Before Getting a Pet 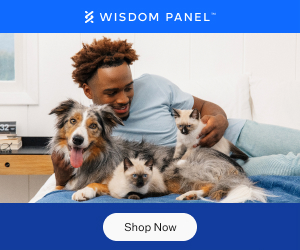