How to Prevent Skin Problems in Dogs

There is no doubt that friendship with our pets goes beyond a simple "master-dog" relationship because we share an infinity of things like thoughts, feelings, personality, likes and even gestures, however, there are things that we would not like to have in common with our partners, like diseases. Like us, the dogs are exposed daily to infections, viruses, bacteria, parasites, and mites, which produce many annoying and often deadly health problems. Of this group, the most common are the diseases of the skin in dogs, because this organ is the one that is in direct contact with all foreign bodies and allergens that abound in the environment.

Types of Skin Problems in Dogs

Today, there are numerous dogs which have the susceptibility to suffering from different ailments on their skin, from reddened areas to hair loss, promoting what is known as "bald." Without forgetting more serious cases in which they can suffer from terrible infections, although all skin diseases in a dog are treatable and mostly curable. Some of these problems include:

This refers to the proliferation of fungi that live on the skin of our dog. This type of dog skin problem usually occurs due to an excess amount of humidity, such as when we do not dry a dog thoroughly after a walk in the rain or after bathing . This factor can cause these fungi to overextend their population, causing damage to the skin of our dog.

It is an infectious and contagious disease caused by fungi, which can also be transmitted to humans, so it must be treated as soon as possible. The symptoms of Tub are not noticeable until about three weeks after infection, so it can continue to spread without being detected.

The tub is characterized by forming small bald spots on the skin of our dog, sometimes with small crust formations of a yellowish color and intense smell.

Pyoderma is called cutaneous diseases of bacterial origin produced in the skin of a dog, regardless of the bacteria that originates it.

The symptoms of Pyoderma are very variable, from small bumps in the skin of the dog to pustules that secrete pus, with or without alopecia in the affected areas. It shows very unpleasant and painful problems on the dog's skin, so it must be treated urgently.

Cancer of the skin stands as a disease which easily affects the skin of dogs. Unfortunately, it is increasingly common in dogs, so it must always be taken into account when diagnosing the dog.

The symptoms of skin cancer are very similar to those described above, redness of a certain part of its skin, possible skin rashes, hair loss and even liquid segregation like pus.

While some skin problems do not indicate anything serious and disappear alone after a few days, others can cause a lot of discomforts and need to be examined by a professional.

This is because your pet may develop itchy skin problems to relieve discomfort caused by fleas, ticks, fungal infections or allergies, but it is also possible that the skin problem is a pointer to a more serious issue such as a tumor. Some possible causes of skin problems in dogs include:

Fleas or ticks are guilty of this and can cause various dermatological problems such as irritation and excess itching. This condition is further characterized by causing inflammation and redness in the skin.

Fleas and ticks, in addition to causing skin irritation, can cause serious parasitic or infectious diseases in dogs, such as canine ehrlichiosis.

2. Dog Skin Problems Due to Allergy

The skin of the dog can present problems such as pruritus. Atopic dermatitis is also a pathology of the skin of allergic origin which is more common among dogs. The symptoms that alert of Dog Allergies Skin are: itching, pruritus, redness, and dryness.

3. Strikes that Leave a Mark on the Dog's Skin

Blows, burns, collisions or domestic accidents have consequences for the dog's skin. Depending on the type of injury in question and its severity, the treatment will consist of the use of antiseptics, dressings, antibiotics or anti-inflammatory ointments, which the veterinarian will prescribe.

Trauma in dogs usually occurs in the home, as the kitchen is one of the places in the house where dogs, especially if they are puppies, can suffer accidents that cause burns, cuts, and bumps that affect the skin.

Carcinogenic tumors in the skin (carcinoma), sebaceous cysts, adenomas (similar to a wart) or melanomas (spots on the skin) "are common dermatological conditions in the dog. Older dogs, from 11 years old are more prone to suffer from this type of dermatological pathologies.

The consequences are inflammation, accumulation of fluid or fat inside, redness or darkening of the skin.

How to Treat Dog Skin Problems at Home

On the occasion that your dog begins to scratch itself in a hard manner and further causing bruises on itself, looking for fleas and ticks may be a good start. The Dog Shampoo for Itchy Skin can ensure the safety of your pet against these very uncomfortable parasites.

Remember, too, that flea and tick prevention should also be done throughout the environment frequented by pets, not just their bodies.

Special shampoos and conditioners for itching can relieve too many allergies that your pet is presenting, as well as topical sprays and oils can aid in the healing of wounds.

How to Prevent Your Dog from Having Skin Problems

Although you may not always be able to prevent skin problems in your dog, below are some major ways you reduce its chances of having problems:

Dogs are highly prone to skin problems as highlighted above. And, what else would we want other than to maintain the health and well-being of our beloved dog? As a result, it is important that we equip ourselves with the right knowledge on how to treat and prevent our dog from having any form of skin problem.

Our Golden Doodle has what we call skin tags all over her. One in particular she keeps licking is inside her thigh so it looks really ugly. Our previous groomer called them old age bumps that are generic to the poodle side. Is this something we can control or get rid of???

15 of the Best Dog Breeds to Consider When You Have Kids Around
10 Healthy Snacks You Can Feed Your Dog
The Ultimate Gift Guide for Dog Owners: Top 10 Gift Ideas
Things You Didn’t Know About Dog Psychology- Get to Know Your Dog Even Better
Tips to Take Care of a ShihPoo Puppies
10 Things to Do When You’re Attacked by a Dog
5+ Best Doodle Dog Breeds As Family Pet
Ways to Tackle Your Dog’s Travel Anxiety
10 African Dog Breeds-You May Choose One as Your Favorite Pet 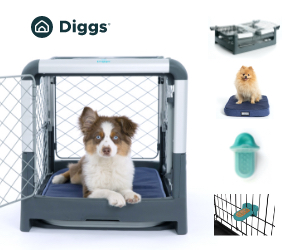 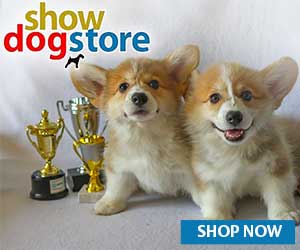